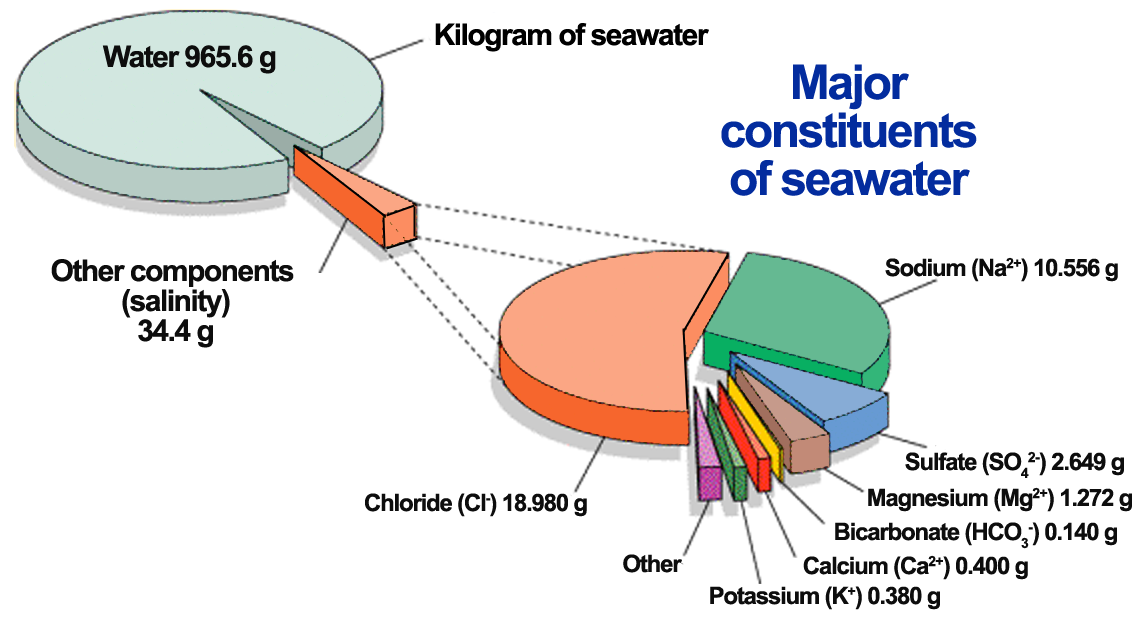 The major chemical constituents of seawater, displayed by quantity found in a kilogram of seawater.
Constituents of Seawater
Source: NASA Aquarius
[23-Apr-2018] This graph illustrates the elements commonly found in seawater. While sodium and chloride together are about 85% by weight of all the dissolved matter in seawater, there are other ions, as well. Interestingly, these ions are in almost constant proportions in most of the world ocean. No matter the actual concentration, if you just measure one of these ions, you can infer the quantities of the others. A kilogram of seawater is depicted at left. Light green represents water in that kilogram. The orange-colored slice (34.4 grams) represents the ions, mostly sodium and chloride. But there is other matter, as well. Together, these are the major constituents of seawater.