"Follow the river and you will find the sea." - French Proverb

Earth's coasts are dynamic, influenced by currents, tides, and freshwater outflow. As a result, these areas can be particularly challenging to observe with drifting in-water instruments. Space-based salinity sensors have improved our ability to study coastal zones, collecting steady streams of data over weeks, months and years. This information provides opportunities to investigate the world's river plumes and marginal seas in more detail, filling in missing pieces of the global water cycle.

Aquarius and SMAP salinity data have been used to examine marginal seas and river plumes emanating from five continents. The Amazon plume was clearly visible in Aquarius' initial data maps, its area covering nearly a million square kilometers. Such patterns of low salinity waters reveal the behavior of ocean currents in the North Atlantic Ocean. Moreover, research has demonstrated that the Amazon plume itself can contribute to the intensification of hurricanes that pass over it.

Satellite salinity data have also been used to connect land-based events to the ocean. Several studies have linked extreme precipitation or flooding events on land to low-salinity plumes in coastal seas. For example, low salinity has been used to trace flood waters after they entered the Gulf of Mexico from the Mississippi River, providing glimpses of how the fate of floodwaters may impact the Gulf's ecosystem.

In the interactive below, two different months of Sea Surface Salinity (SSS) data from SMAP can be compared using a slider. Though the data was captured only a few months apart, drastic changes are visible, particularly near the output of the Amazon and Orinoco Rivers and in the Gulf of Mexico. 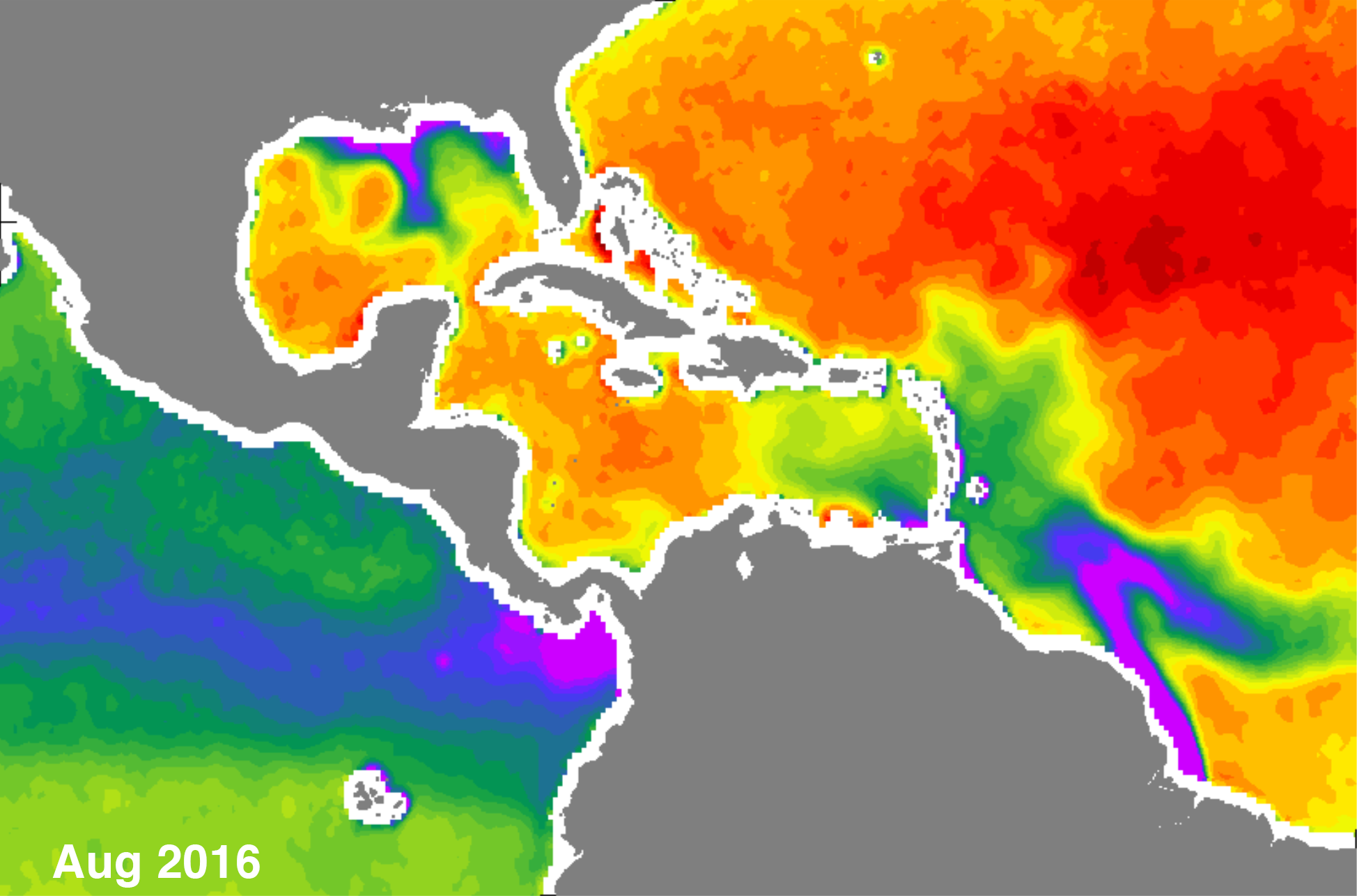 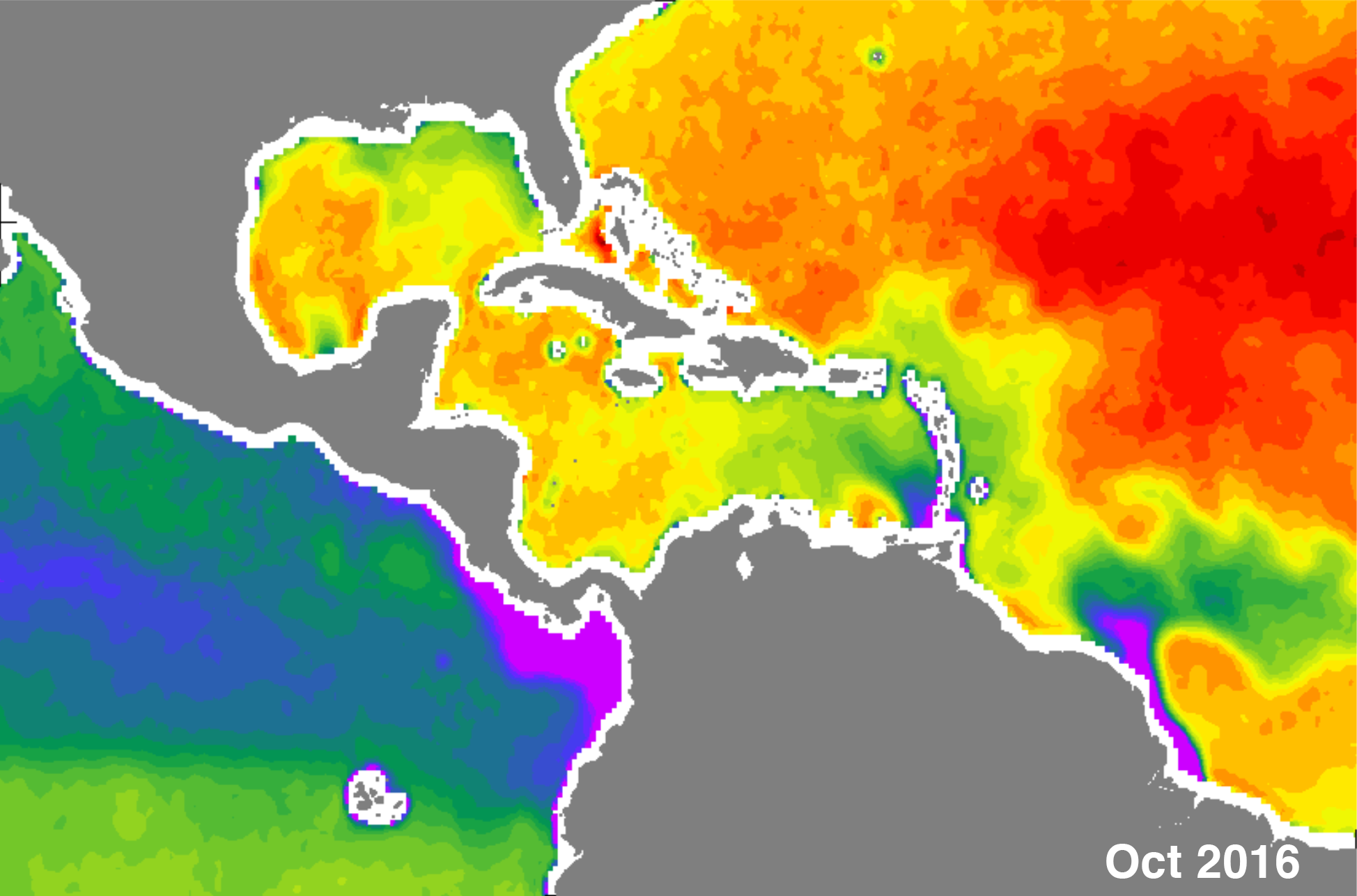 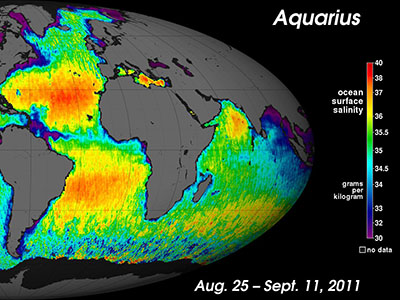 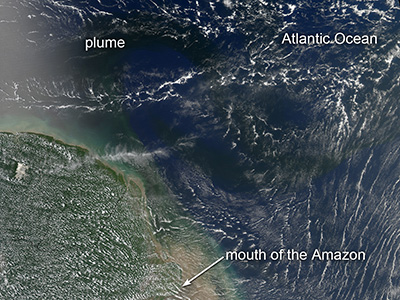 Blooms in the Amazon Plume 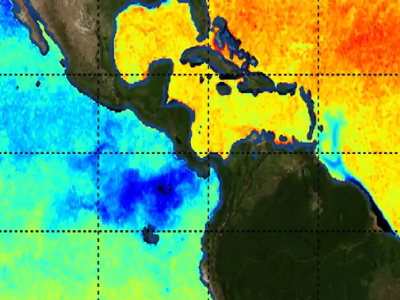 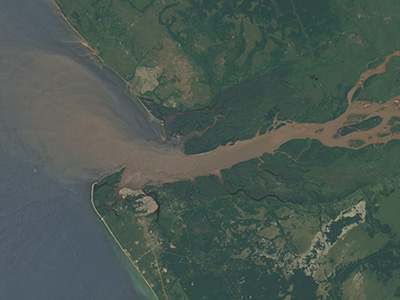 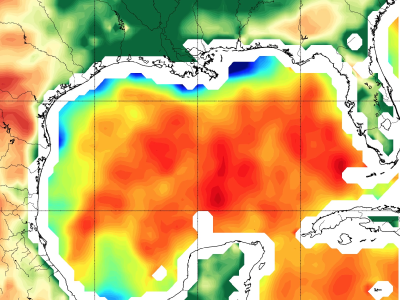 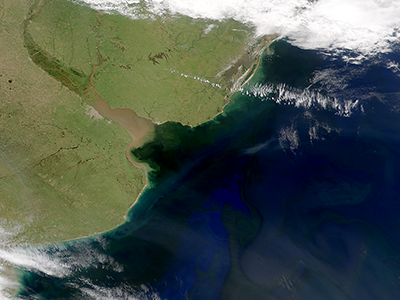 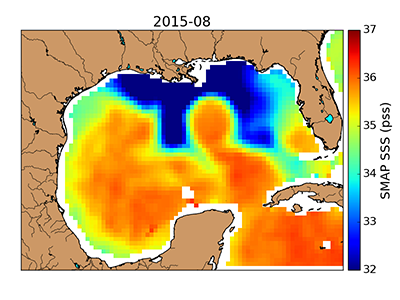 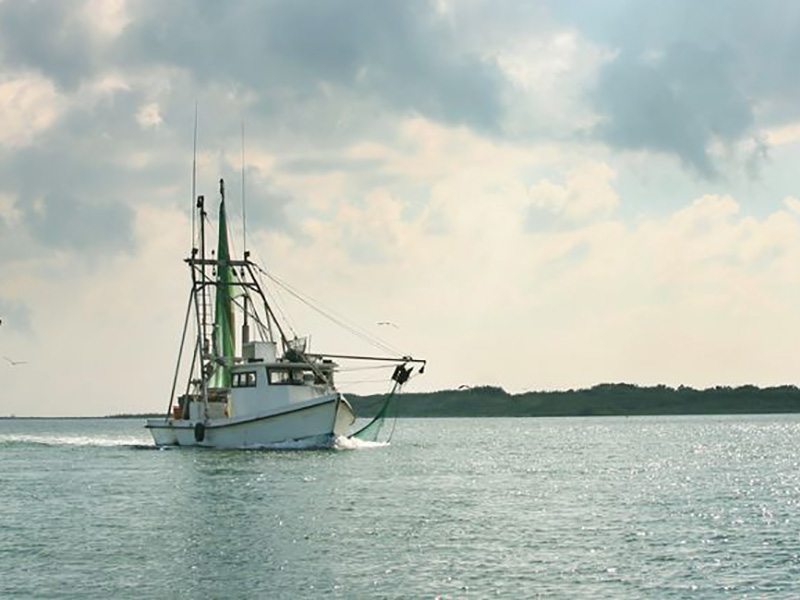 River discharge, and its freshwater influence in the coastal ocean, has a critical effect on physical and biogeochemical processes in shelf ecosystems that are stratified seasonally. Satellite-derived sea surface salinity (SSS) and in situ data were used to investigate a freshwater-influenced area east of the Mississippi River Delta during the summer of 2016. 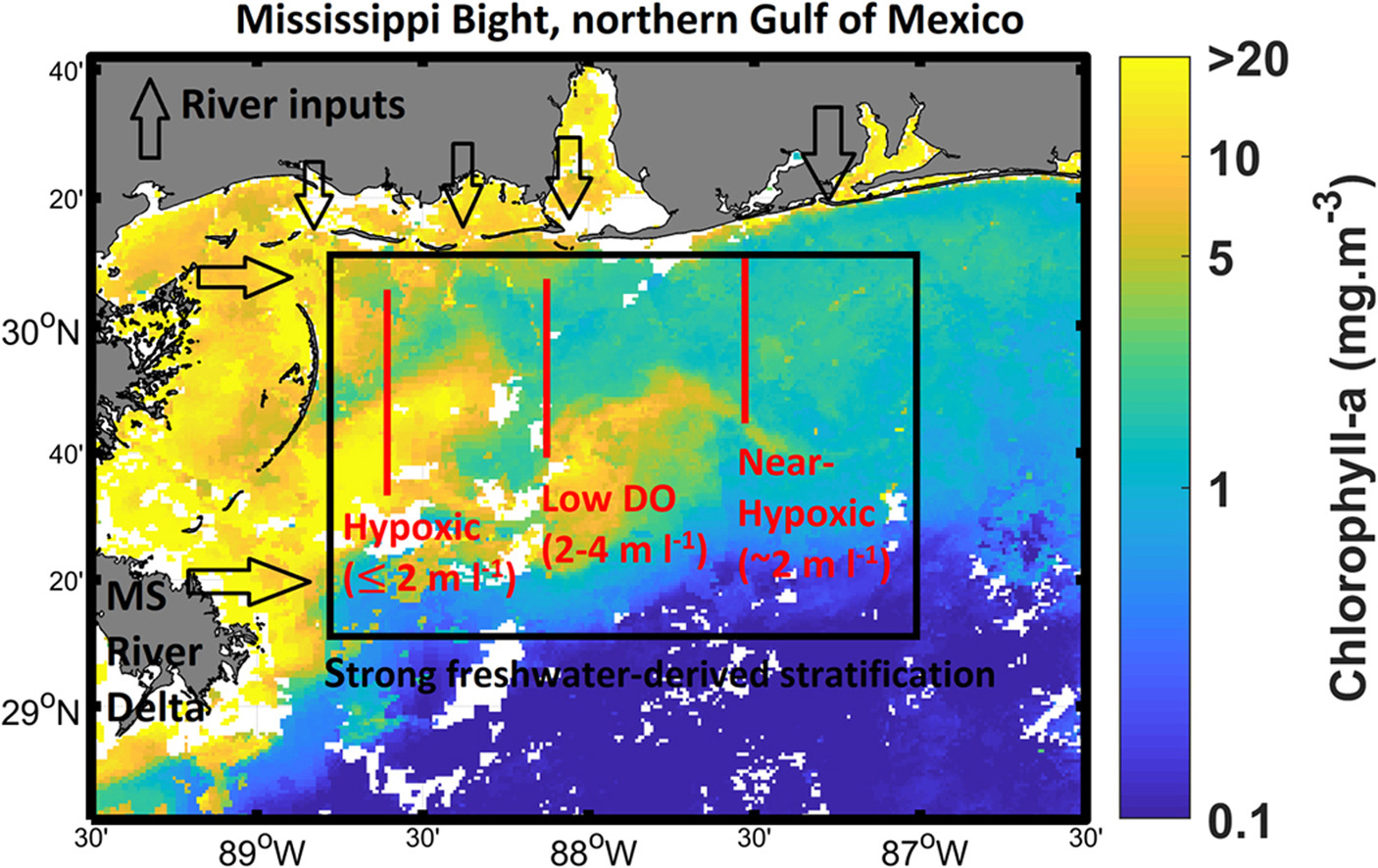 Time series of salinity data indicate that the shelf region impacted by the seasonal expansion of freshwater can be as extensive as the well-known “dead zone” region west of the Delta. The observations from a shelf-wide survey indicate that strong stratification is associated with the freshwater-influenced areas. The dissolved oxygen conditions under this freshwater cap were spatially and temporally variable, with areas of hypoxia and near-hypoxic conditions over portions of the shelf. These observations demonstrate the utility of satellite-derived SSS in identifying coastal areas that are potential vulnerability to hypoxia. These regions of low bottom dissolved oxygen persisted throughout the peak summer season at several sites on the shelf, with the northeastern corner of Mississippi Bight having the most intense and persistent hypoxia. 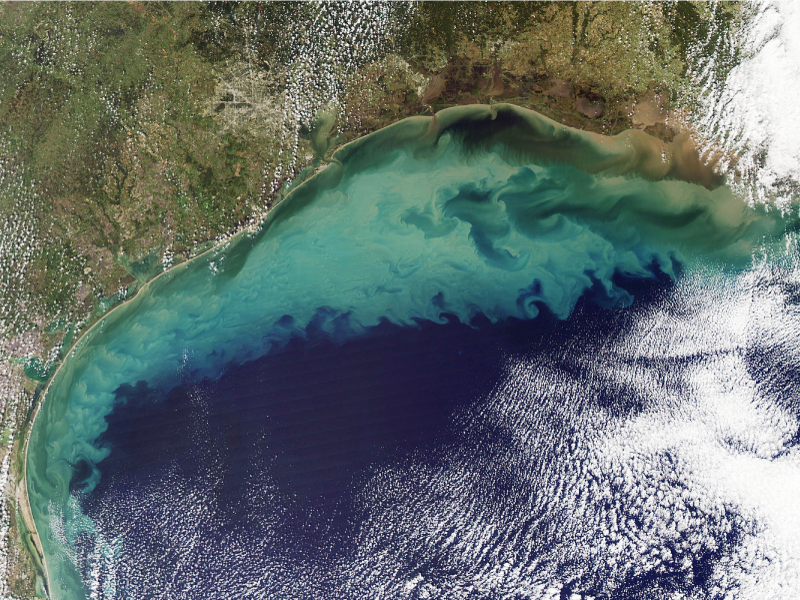 The structure and evolution of salinity patterns often have a significant role in setting stratification levels as well as influencing circulation. This is particularly true in regions that are strongly influenced by river discharge. In this regional study, four different sea surface salinity datasets were used to look at salinity patterns in the Gulf of Mexico, and compare them to in-situ observations. The goal of the work was to provide statistics that can be used to conclude which products perform well for specific applications in the study region of the Gulf of Mexico. The comparison looks at two products from NASA's Soil Moisture Active Passive (SMAP) mission, processed by Remote Sensing Systems (40 km and 70 km); one SMAP 60 km product from the Jet Propulsion Laboratory; and one 60 km product from the European Space Agency Soil Moisture Ocean Salinity mission. Overall, the four products are remarkably consistent on seasonal time scales, reproducing dominant salinity features. 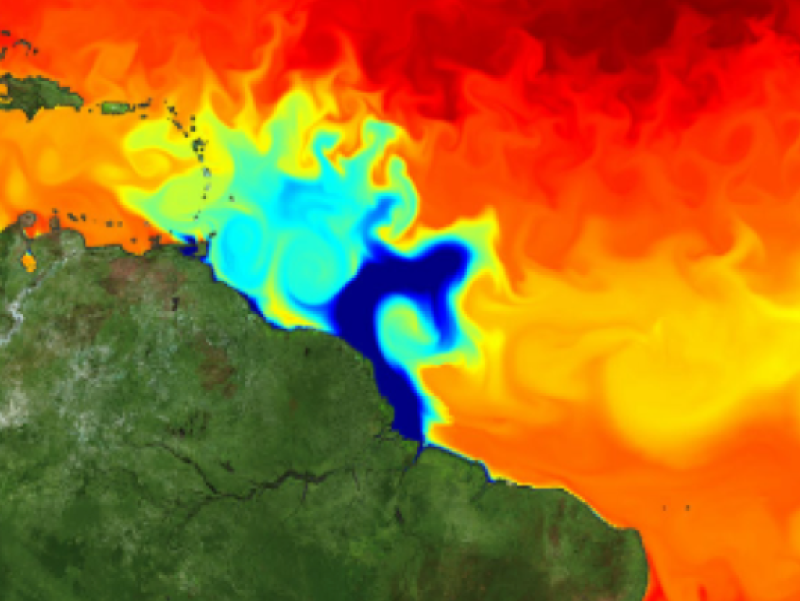 The area of the plume of freshwater from the Amazon and Orinoco rivers can exceed over a million square kilometers at its peak in late summer. The warm, fresh water in the plume creates a barrier layer at the surface, with can hinder its mixing with the surrounding ocean. Where this stratification is strong, the plume waters are slower to lose their heat, and the warmer areas of the plume can contribute to the formation or strengthening of hurricanes.

This study uses sea surface salinity observations from the Aquarius/SACD and SMOS satellites to show that the plume was 1 psu saltier in early fall 2012 than in the previous year (despite a stronger Amazon discharge in 2012) and explores the possible causes. The results suggest that tracking spring rainfall could contribute to improved forecasting of Amazon plume stratification during the fall hurricane season.

Resources
Get the data:
Read more: