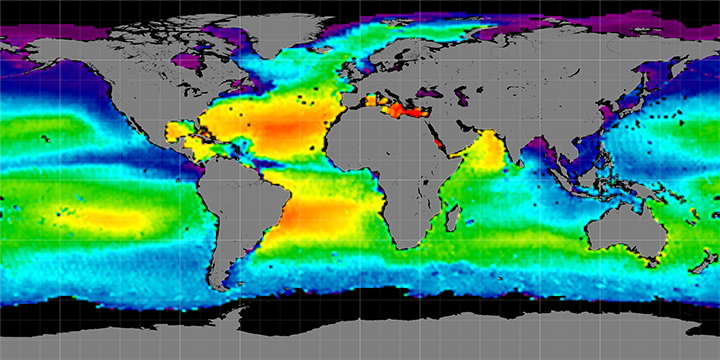 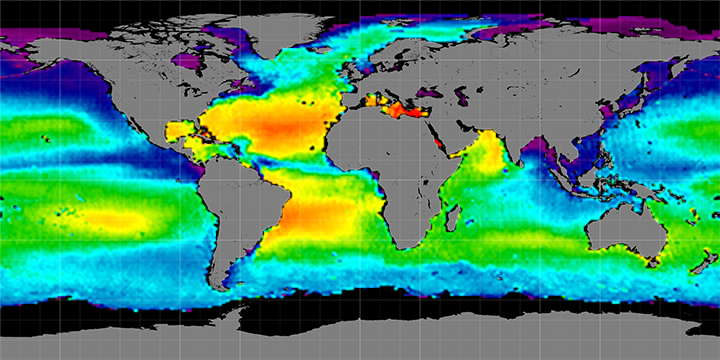 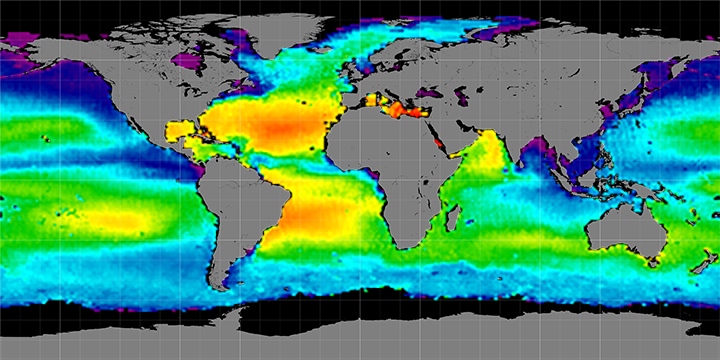 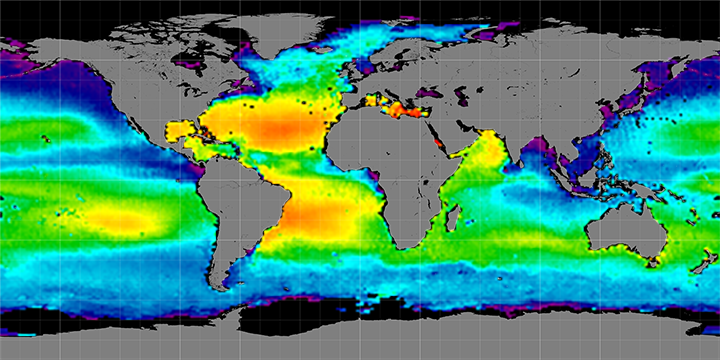 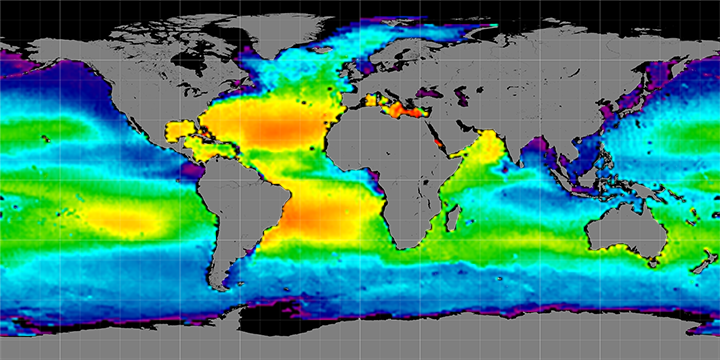 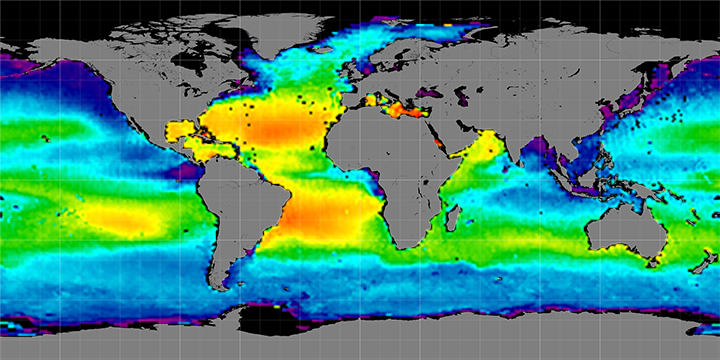 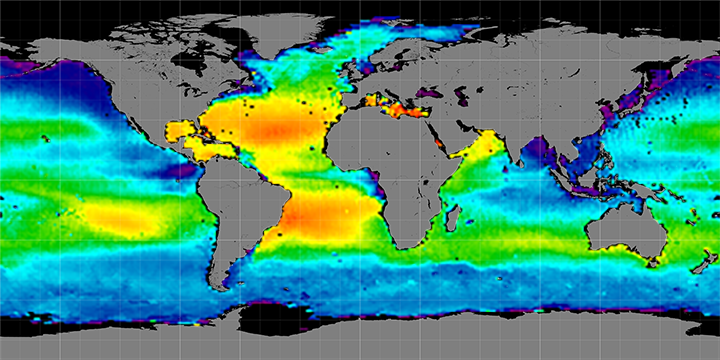 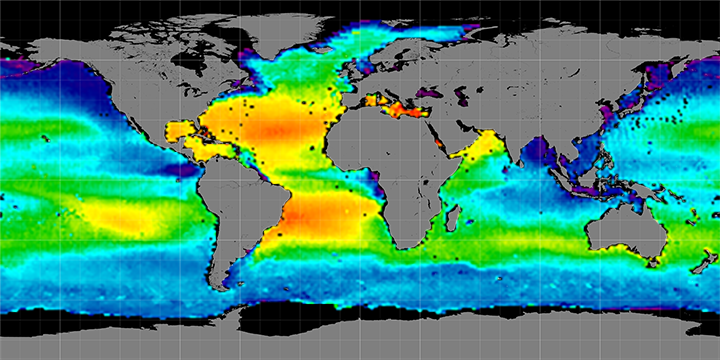 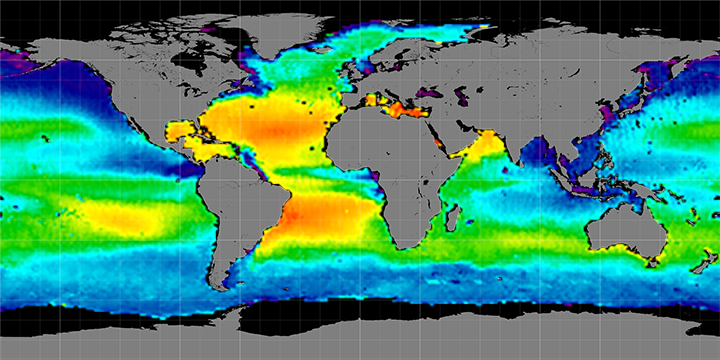 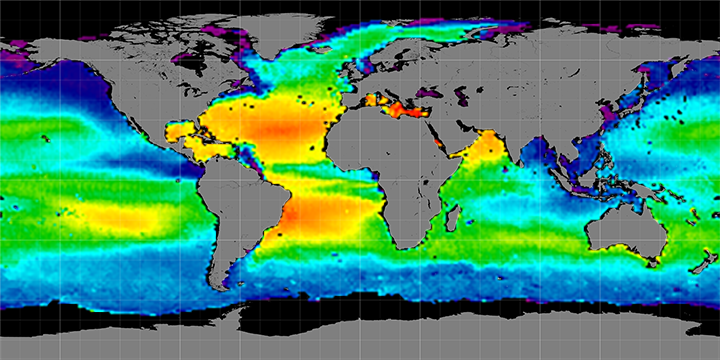 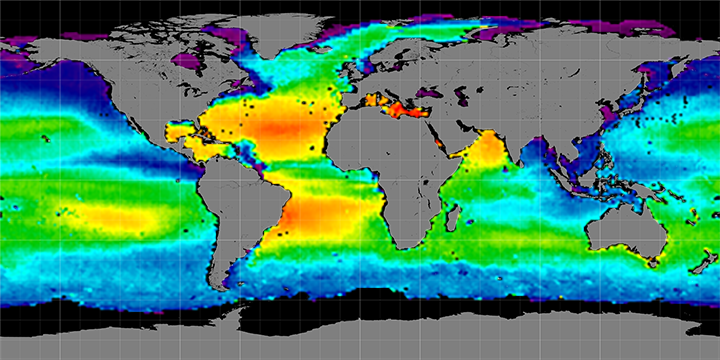 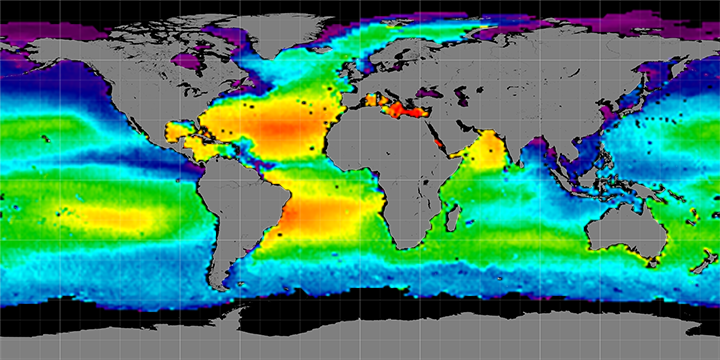 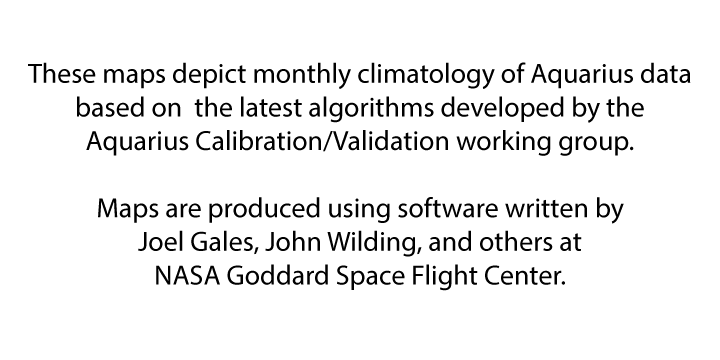 These composite maps show global sea surface salinity averaged by month and by season. Click on the images (below) for a closer view.

V5 is based on the latest algorithms developed by the Aquarius Calibration/Validation working group. These maps are produced using software written by Joel Gales, John Wilding, and others at NASA Goddard Space Flight Center. 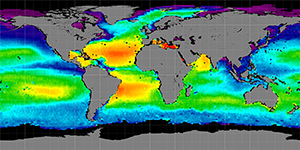 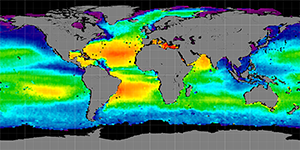 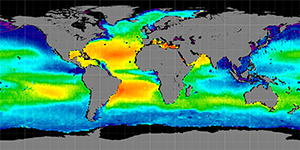 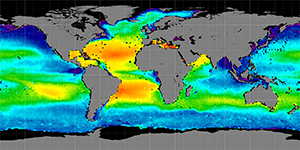 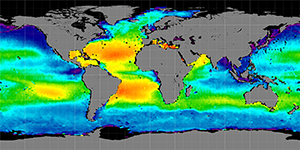 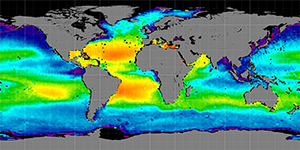 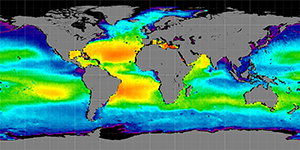 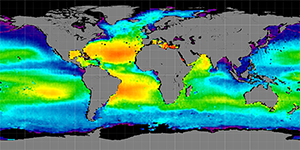 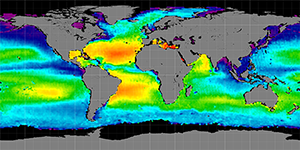 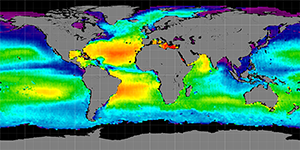 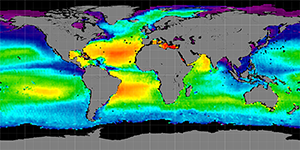 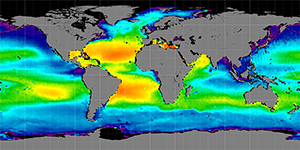 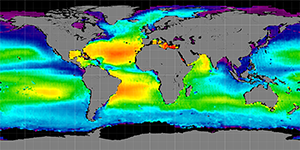 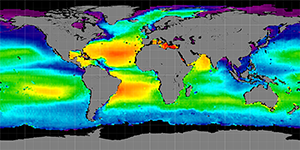